The massive clean-up after the deluge begins. After almost two weeks of torrential rains brought by a storm-enhanced southwest monsoon left 60% of Metro Manila under water, sunshine finally appeared on Thursday.

The freak weather, which dumped an average of 300 mm of rain for 11 consecutive days, is matched only by the intensity of tropical storm "Ondoy" (international name: Ketsana) which wrought havoc on large parts of Metro Manila almost three years ago.

But the similarity does not end there, nor is it lost on residents victimized by the floods twice over.

The slower but more prolonged heavy downpour allowed affected residents to better react this time, resulting in fewer deaths of 49 (as of August 9) compared to 300 in Metro Manila during Ondoy.

But the impact is the same for those affected by the deluge as they now face the enormous task of rebuilding from the little they have left.

President Aquino toured affected areas on Thursday and saw first hand the devastation by another great flood. The government, too, is in a fix as public infrastructure damaged by the flood has to be rebuilt, further stretching its budget.

In nearby provinces of central Luzon, however, floods remain and the difficult task of rebuilding has to be put on hold.

We are currently contacting pastors in some of the affected areas whose churches do not get any kind of help or donations from any organizations yet. We are allotting some of our funds for FMI AID (Aid In Disaster) Mission. We will be accepting donations for this purpose, so if you want to be able to help you are welcome to join us. Our goal is to give out bags of groceries to as many flood victims as we possibly can.

Where do we begin? 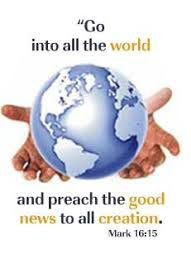 Every church should be a missions church.  We cannot be focused inward on ourselves all the time.  That is why we desire to have our focus upward and outward.  The church is more than a 'bless me' club that exists for itself.  When we look outward to the world, especially in Asia we see the needs are multiplied times more urgent than here in America.  Of course, we have valid needs here in America that are important but when you compare them to others in the 10/40 window they pale in comparison.

That is why CRCC Asia Missions is desirous to reach the unreached and to go where others have not gone... to find those who have 'never' heard the gospel... those who don't have 5 churches in their surrounding area like here in America.  One area we will focus on is the Minorities & Tribal people in China and the Philippines.

CRCC-FMI is a partnership of Pastor Simon Lam and Rev. David Grubbs for the sole purpose of reaching the unreached in the nations and the 10/40 Window.
Just as China, in the natural, is reaching out to the rest of Asia and the world... Even more so should we do in the spiritual.

Join us as we launch a new era of missions from our base here in California!

Unless something changes soon, most of these unreached people will never hear the Gospel. Why? Well, Bryant Myers of World Vision has estimated that only about one and a quarter percent ( 1.25% )of Christian mission giving is going to missions work in the 10/40 Window. Open evangelism is difficult and even impossible because of governmental restrictions in many 10/40 Window countries. Those are creative access areas.

What will you do in the next five days that will move the Church toward reaching people in Asia and the 10/40 window with the good news of the gospel?

The vision of a dying world: The people in poverty in parts of Asia as well as the minorities & tribal people who have never heard of Jesus... 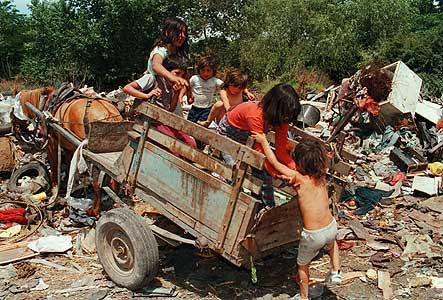 Working on a school report about missions? Here are some facts to use.
Missions statistics from the places of Asia and the 10/40 Window:

- Center of population:Two-thirds of the world's population -- more than 4.4 billion people -- live in the 10/40 Window.

- Unreached and unevangelized: 90% of the people living in the 10/40 Window are unevangelized. Many have never heard the Gospel message even once.

- There are either no Christians or not enough of a Christian movement in many cultures of the 10/40 Window to carry out vibrant near-neighbor evangelism.

- If those groups are to be evangelized, believers will need to leave their own culture and enter another one where they will seek to plant the gospel, perhaps even learning a new language in order to communicate. Such cross-cultural evangelism is required because there are people groups with no church movements that are understandable or relevant to them.

- Good news: There's a difference between unreached and unreachable. In 1989 there were only four known Christians living in Mongolia. That country now has an estimated 10,000 indigenous believers. Also, Christian television programming can now be received in many closed 10/40 Window nations.

- Poverty: Eighty-five percent of those living in the 10/40 window are the poorest of the world's poor.

- Good news: Christians delivered more than $1 million worth of food to just one 10/40 Window refugee camp in a recent year. In one North African country that is hostile to the Gospel, abundant rain fell after an Easter service. A local news channel reported, "Christians have brought rain to the desert."

- World religions: Islam, Buddhism and Hinduism are centered within the 10/40 Window. 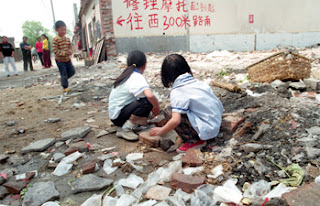 The statistics of the numbers of non-Christians can be staggering [ fate of the unevangelized? ]

Good news: Missions researcher David Barrett says the country with the most rapid Christian expansion ever is China where there are 10,000 new Christian converts every day. But so many more waiting to find the Lord.  And yes, it is good that some Bibles are being printed in China but (again) compared to the hugeness of the need the number being printed is miniscule.

At least some part of Scripture has been translated into 2,212 of the world's 6,500 languages
366 languages have the entire Bible
928 other languages have the New Testament
Individual books (such as the Gospel of John) are available in 918 additional languages 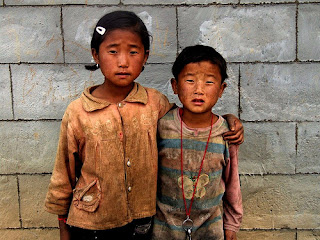